Day #2 - the official tour did not begin until the afternoon so in the morning I toured alone and walked from the hotel to the Hagia Sofia, at the time it was built it was the largest church in all of Christendom. Later after the city fell in 1453 it was converted to a Mosque. Today it is a museum. I did not go in. That will be tomorrow. But I also saw the Blue Mosque, the Hippodrome, German Fountain, Suiliman’s Harem, and the Grand Bazaar. In the afternoon I met up with the tour and we took a boat ride on the Bosphorus. Istanbul is divided by the river. On one side is the new city (after 1453) in Asia and the other side is the old city of Byzantium in Europe. Dinner soon and then to bed. Tomorrow we go inside Hagia Sophia and then we fly to Antalya. Below is the Hagia Sophia - Holy Wisdom (behind this building is a smaller church/mosque name Hagia Eirene - Holy Peace)

For some reason this site won’t let me add captions so photo 4: On the river Bosphorus looking towards Hagia Sophia, Hagia Eirene is the tiny dome behind the larger Sophia (to left of it)
Photo 5: Our boat; Photo 6: the Grand Bazaar; Photo 7: On the river - a beautiful Mosque; Photo 8: the Palace which served as the residence and headquarters for the Ottoman Empire; Photo 9: On the river; Photo 10: The Guard structure guarding the entrance to the city - there is another smaller one on thE other side of the river. 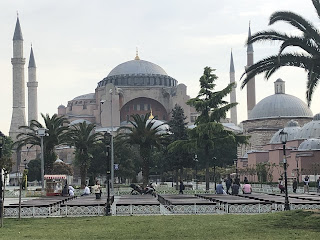 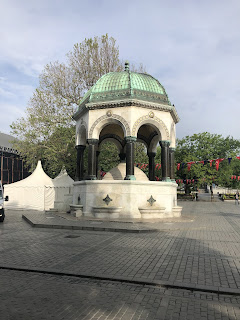 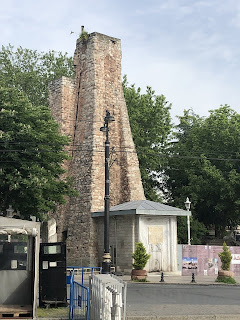 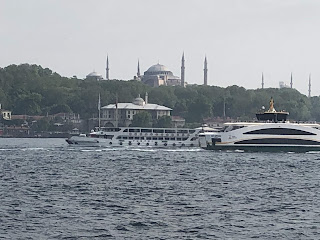 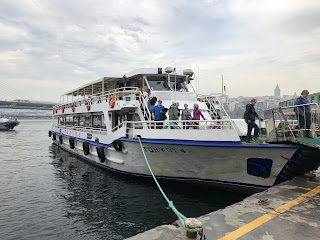 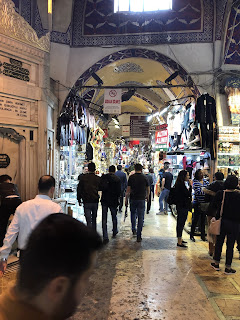 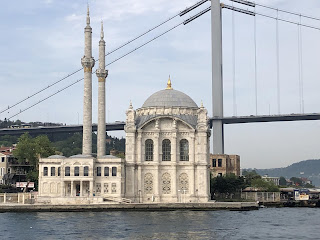 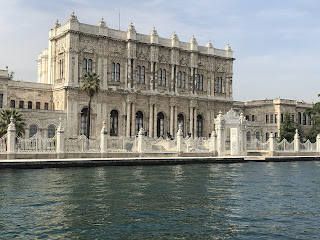 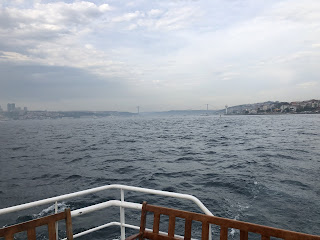 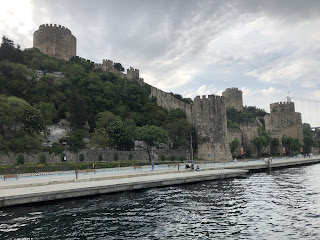 Posted by Pastor S. Blake Duncan at 1:46 PM No comments:

I have arrived. It was a long day. But despite the flight to Frankfurt being delayed which gave me only 30 minutes to catch the flight to Istanbul both me and my luggag arrived safely. I got to the hotel without trouble took a nap, hooked up with the tour leader and his wife for dinner and now I am ready for a nice sleep. Here are a couple photos.... More later...

Flying over the Rhein river looking for Rheinmaidens: 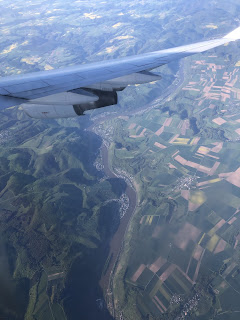 The remains of a Byzantine Victory gate built by Theodocius I: 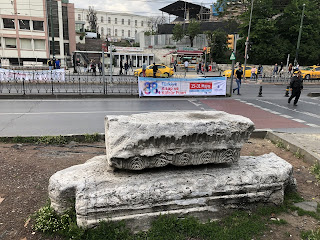 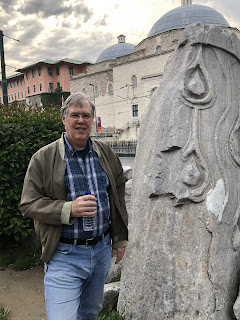 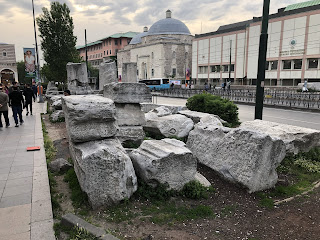 Posted by Pastor S. Blake Duncan at 12:37 PM No comments:

So, the adventure begins! I am at Lambert airport waiting for my flight to Toronto, which is the first leg of my trip to Istanbul. Once I arrive in Istanbul, Turkey I will join a tour led by the archeologist Dr Carl Rasmussen who is a specialist in geography of the ancient world. The tour will include Ephesus, Colossae, Corinth, Philippi, Delphi, Athens and lots of other places. I will try to post pictures regularly along with commentary!! But for today I am traveling. 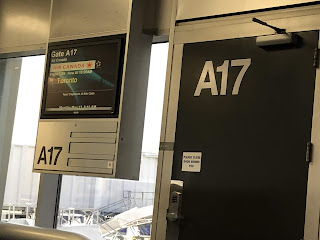 Here is information about the leader of our tour:
Carl Rasmussen, PhD
5470 FreePhotosand Commentary at:www.HolyLandPhotos.orgTwice WeeklyBlog: https://holylandphotos.wordpress.com/OccasionalTwitter: @go2Carl
Posted by Pastor S. Blake Duncan at 8:27 AM No comments:

The Old Testament as Opera