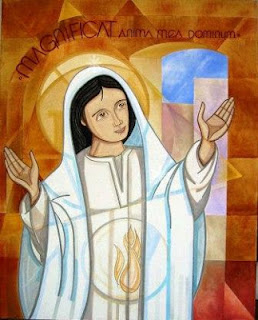 Posted by Pastor S. Blake Duncan at 4:29 PM No comments:

On Saturday I completely re-wrote my sermon for Advent III in light of the horrific tragedy in Newtown, CT.  The sermon attempts to address this shooting in the context of Advent III and the lessons appointed for the day: Zephaniah 3:14-20; Philippians 4:4-7; Luke 3:7-8.
You can listen to a recording from the Saturday evening service here:

The sermon makes mention of an Altarpiece from the 15th century artist Matthais Grünewald - 1475-1528.  Here is a digital copy of that beautiful artwork - please note how John the Baptist is pointing his finger towards the cross. 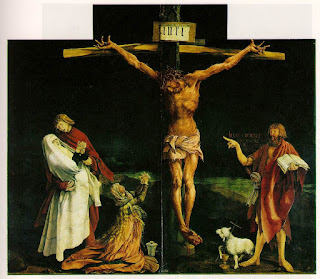 Here is a link to an article that I found very helpful for answering the question about how to relate to those who are experiencing this kind of pain and grief:

Dealing with Grief - 5 Things to Say and Not to Say

Finally - let us pray....
"When aimless violence takes those we love,
When random death strikes childhood’s promise down,
When wrenching loss becomes our daily bread,
We know, O God, You leave us not alone.

Through long grief-darkened days help us, dear Lord,
To trust Your grace for courage to endure,


To rest our souls in Your supporting love,
And find our hope within Your mercy sure." Hymn #764 - LSB

“Why, O Lord, do you stand far off? Why do you hide yourself in times of trouble?” (Psalm 10:1) O God, whose own dear Son did gather children in his arms and bless them, we pray that you shower divine mercy on the pains of all your children. Give us grace to entrust these victims of unthinkable violence to your never-failing love and care. Have compassion upon those who now must bear unbearable grief. Deliver all from despair. And awaken us to the day when sin and sorrow will be no more, where you live and reign one God – Father, Son, and Holy Spirit – world without end. Amen.

Posted by Pastor S. Blake Duncan at 1:07 PM No comments: 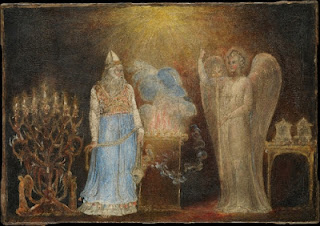 Zecharias and the Angel by William Blake

Posted by Pastor S. Blake Duncan at 10:32 PM No comments: