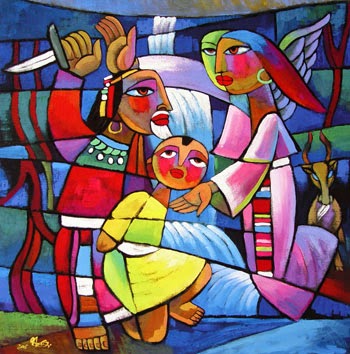 Posted by Pastor S. Blake Duncan at 11:13 AM No comments:

Reflections on the text – Genesis 21 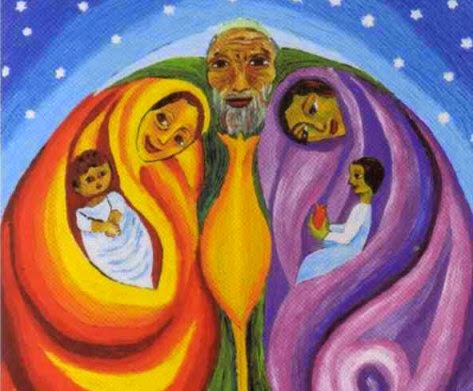 Posted by Pastor S. Blake Duncan at 9:29 AM No comments: 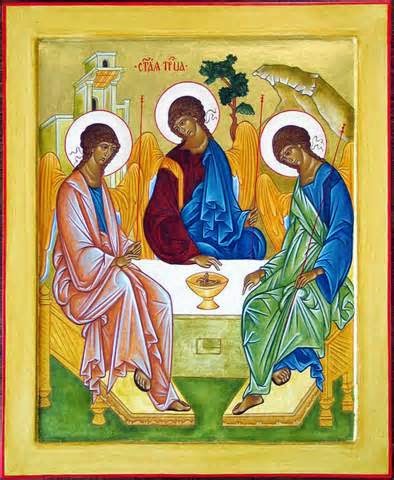 Beginning with worship this weekend I will be focusing on a series of lessons taken from the book of Genesis which tells the story of the Patriarchs and Matriarchs of Israel: Abraham & Sarah; Isaac & Rebekah; Jacob & Rachel (and Leah and Laban and Esau); and Joseph and his brothers. These are terrific stories and have much to say to us today, but there is one verse in particular which lay at the foundation of each and every one of those stories – in fact, it might be argued that this verse really lay at the foundation of both the Old and New Testament – here is the verse:
Now the Lord said to Abram, “Go from your country and your kindred and your father’s house to the land that I will show you. 2I will make of you a great nation, and I will bless you, and make your name great, so that you will be a blessing.  Genesis 12:1-2
+++
Today is the Feast of the Holy Trinity; the one church festival that is given over entirely to celebrate a church doctrine. And as central and important as this doctrine is, it is at the same time a particularly difficult doctrine to understand and one over which there has been a lot of conflict over the years.  I am not going to try to explain it, because it is as much a mystery to me as it is to anyone else.  And, I do not have all the right answers here.  But I can share a few illustrations and thoughts.  All of which are not the whole story and have their limitations, but perhaps they might help us to think about the Trinity in a new way.
First, a story from St. Augustine: One day St. Augustine was walking on the beach when he encountered a little boy trying to pour the whole ocean into a hole he had dug. When Augustine told him what he was trying to do was impossible the little boy said "neither can you fit the Holy Trinity into your tiny mind."  From there St. Augustine offers this illustration of the Holy Trinity (and it is one of my favorite images): When you think of the Trinity, think of love – God the Father is the lover, the Son is the beloved and the love shared between the two is the Holy Spirit.
Here’s another, from the Desert Fathers: Think of the Holy Trinity as Light – The source of Light is the Father, the light itself which provides the illumination is the Son and the warmth one feels from the light is the Holy Spirit. And one more, from Meister Eckhardt: When the Father laughs at the Son and the Son laughs back at the Father, that laughter gives pleasure, that pleasures gives joy, that joy gives love, and the love is the Holy Spirit.
Finally, allow me to share that for me the Holy Trinity is primarily about relationship.  The Trinity is a relationship within God’s self of Father, Son and Spirit, but it is also how God has chosen to relate to us and how we experience God.  The Father, Son and Spirit define our relationship with God.  It is so easy for us to fall into a focus on one person of the Trinity over the others.  Some Christians relate to Father, some focus on Jesus, some on the Spirit.  But to do this is like getting a bike for Christmas and instead of putting it together so you can ride it, you pull out the seat or the frame or the wheels and play with that part and ignore the rest of the bike.  You aren’t going very far on that bike if you do that.  Similarly, we limit our own experience of God when we focus on one person of the Trinity and exclude the others.  This is one reason we regularly remember our Baptism and Luther encourages us to make the sign of the cross – this keeps us grounded in the Holy Trinity: Father, Son and Spirit.
And lastly, in Baptism we are brought into this relationship that God has within God’s self, and we become a part of the relationship within God and this should define our relationship with others.  The images above lift up joy and laughter, light and love.  This is the gift the Trinity offers to us and the gift we are called to allow God to reflect to others through us – in other words: We are called to be a blessing!
Posted by Pastor S. Blake Duncan at 10:04 PM No comments:


Unpredictable & Dangerous
For the last few weeks we have been considering the Holy Spirit.  In the Gospel of John the Spirit of God is referred to as the Paraclete.  The literal meaning of Paraclete is “one that comes up beside someone.”  The image I offered was of a small child in a swimming pool learning to swim, with the parent holding on to the child.  There are other English words that are used to describe the Holy Spirit – “Advocate” is the word that is most often used to translate Paraclete.   John also uses a word that is translated as “comforter.” In the Gospels the Holy Spirit descends upon Jesus at his Baptism in the form of a dove.  And this is the image that has perhaps caught on the most.  Look at the cover of this bulletin for example – there you will see a typical drawing depicting the Holy Spirit: a sweet dove.
But in the original languages the word “Spirit” is a little more nuanced.  The Hebrew word is RUACH  (roo-ack) and the Greek word is Pneuma (nooma), and these words can mean “Spirit” or “Breath” or “Wind.”  In Genesis 1:1 we read that the “Spirit of God moved over the waters.”  This could also be translated as “the Breath of God moved over the waters,” or “the wind of God moved over the waters.”  And while in our mind we might imagine the “wind of God” as a gentle breeze, let’s face it the winds sometimes are much less than gentle.  In fact, the wind can be downright violent, dangerous and unpredictable.
One more image: in Mark 1:12 we read that following Jesus’ Baptism and the descent upon him of the Holy Spirit as a dove this dove/Spirit “drove” Jesus into the wilderness.  Mathew and Luke changed the word “drove” to “led” but in Mark the word is “drove” which is a violent word.  It gives us the image of the Holy Spirit as a wild bird that is swooping down with its talons extended chasing Jesus into the wilderness.  Maybe our image of the Holy Spirit as the sweet benign dove, or the gentle breeze is not a complete picture and maybe there is more to this Holy Spirit than we want to admit!
In the Acts text – the 11 disciples (and others) had watched Jesus ascend to the Father.  Before he left them he gave them a very specific calling – you are to be my witness in Jerusalem, Judea, Samaria and to the ends of the earth.  Time to get to work Jesus is telling them.  Then the angels come as they stand gazing into the sky – time to get to work, they say!  So the disciples go back to their room and they do – nothing!  They hang out there together afraid and confused.  If they are concerned about anything it is self-preservation.  They have the door locked, which means not only do they have themselves locked in, but others are locked out.  They are safe in that place (they think).  I suppose they think that they can just continue like this forever.  Is this what Jesus had in mind when he gave them his last pre-Ascension instructions?
But then the room is invaded.  The gentle breeze of the Spirit is no longer a gentle breeze!  It is a “rushing wind” which means it is like a tornado!  It is not stopped by the locked doors, which it rips open and then the text tells us that these disciples find themselves in the streets.  How did they get there?  They were driven there by the Spirit! Just like Jesus being driven into the wilderness, the disciples are driven into the streets and there they begin to proclaim the Gospel of Jesus, crucified and risen.  And not only that but the “tongues of fire” which appear simply means that this wild, crazy, unpredictable and dangerous Spirit has lit a fire in their hearts that cannot be contained.
So maybe this Spirit that we receive at our Baptisms and for which we will again pray for each of these confirmands is not such a gentle Spirit.  Our prayers for the Spirit will expose all of these young people to the Holy Spirit, and this Spirit is unpredictable and dangerous!  It can and will drive and lead us into places we might not want to go; it can and will call into question all of our comfortable assumptions and priorities!  This Spirit pushes us into being confronted with the truth of the Gospel that all of those people who we are afraid of and who are different from us and who we want to lock out of our lives are actually our brothers and sisters for whom we have responsibility!  This wild bird of a Spirit is pushing us to engage with all kinds of other people, take responsibility for the needs and problems of the world; to reach out in care, and love and kindness to those who need to hear a word of kindness and need to experience care and love!  For when the Holy Spirit gets loose there is no telling what will happen next!  This was certainly true with the disciples – and it is true for us as well! 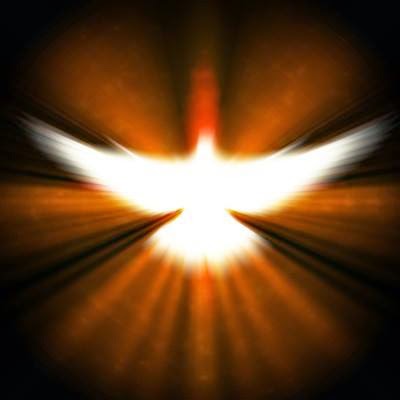 Posted by Pastor S. Blake Duncan at 11:34 AM No comments: